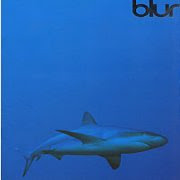 In September 1995, at the time of the release of The Great Escape, Blur undertook a tour of British seaside towns that few (if any) bands ever went to. (Pictured above is the actual program, which I own a copy of...it seems to be the only common Blur tour program available). This tour has long been one I've been interested in. The tour dates and venues are below:

Besides the towns, which Blur would never visit again (except for Bournemouth and Brighton, which certainly don't fit in with the rest of the towns in terms of bands, including Blur, never visited), they snuck in a rooftop concert in London.

Jubilee
Charmless Man
Popscene
End Of A Century
Top Man
Mr. Robinson's Quango
To The End
Fade Away
It Could Be You
Stereotypes
Supa Shoppa
Girls & Boys
Parklife
Bank Holiday
Country House
This Is A Low
He Thought Of Cars
Globe Alone
The Universal

The most interesting thing is that these shows (along with the secret BBC gig from September 7, 1995) were the only times that Top Man was played live pre-early 2003.
All of these shows have been "Holy Grails" for me in terms of ever finding a recording (there MUST be some out there), mainly because of the uniqueness of this tour. If you have any, let me know! It's shocking how little documentation, in terms of video, audio, or photographs, there are of this seaside jaunt.
Posted by Drew at 9:06 AM