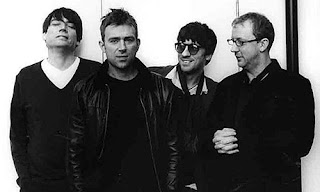 This post is not meant to sound whiny or complaining, but expresses genuine confusion and frustration over being a Blur fan and trying to collect their live recordings.

The main gist of this post is that it seems that there is MUCH more information, MANY more resources, and MORE available recordings for bands that are Blur's peers, while not for Blur themselves. I am speaking, for instance, of bands such as Radiohead, Oasis, Smashing Pumpkins, etc. As an example, I am routinely scouring the internet looking either for Blur shows I don't have, or (much more often) uncirculated/new recordings. While it's a very arduous task (although I've had much success over the years), I am constantly seeing a number of webpages devoted to Oasis, Radiohead, etc and their live shows. Large databases, trading pages, etc. In addition, the sheer number of available recordings from these two bands is astounding and numbers in the several hundred. In contrast, while Blur has played 600+ concerts in their 20 years, there aren't even half that many available. I have the largest collection of their recordings (as far as I know), numbering 225, which is a far cry from the number for bands like Oasis, for example. A quick search online, however, will give a webpage that has over 400 (!) Smashing Pumpkins shows available for download...

The frustration over very little information on Blur's recordings led me to write Black Book, which is both a history and a guide. That being said, I'm still puzzled as to why a band that is as popular and successful as Blur has such a small fanbase dedicated to their live recordings.