A Work in Progress

Working on the cover for the book. 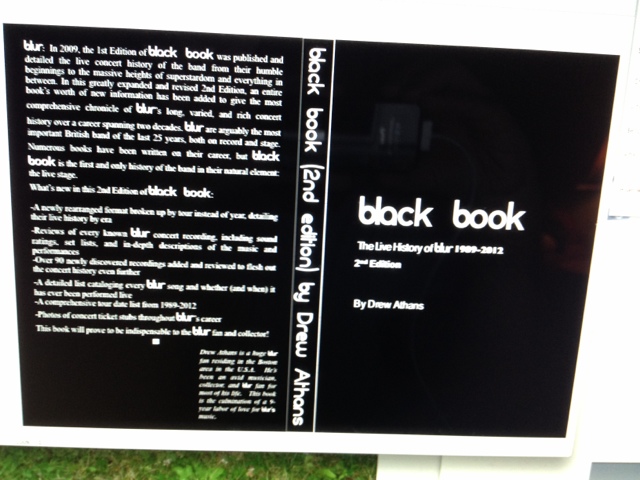 It Could Be You (reviewing the book…)

If you have Black Book and have enjoyed it, why not write a review for it on Amazon? The feedback helps me out to know what everyone likes/dislikes, and it helps the ranking on Amazon. This is my way of asking nicely (pretty please?) :)
Posted by Drew at 10:08 AM No comments:

In preparation for book #2, and because I still think book #1 is worth having, I've lowered the pricing on Amazon. Now, the prices are:

The other Amazon sites (Japan, Australia, etc) will adjust their prices accordingly (those I couldn't change myself). Please give their website a day or two to show the new pricing.

And preorder details for book #2 most likely sometime next week!
Posted by Drew at 1:02 PM No comments:

In about a week and half (probably right after the Labor Day holiday here in the US), I'll have full details for the preorder for the book. The only question is how many copies to limit the bonus stuff to (depends on the demand…need to get an idea of how many people are interested?).
Posted by Drew at 11:01 AM No comments:

Since it's fresh in everyone's mind, having just ended a week ago, and I haven't done one of these tour review posts in a while, I thought this would be the perfect time to wrap up this summer's shows!

Blur surprised all of us when they announced at the Brit Awards in February 2012 that they'd be playing a massive show in London's Hyde Park to close out the 2012 Summer Olympics. Shortly after, they announced a short warm-up tour. The dates for the entire summer are listed below (available recordings in bold):


As you can see, nearly every concert is available in some form or other. The Hyde Park show was commercially released and the 100 Club gig will be commercially released in November. A friend taped the second night at Wolves and another friend taped the Way Out West show (both of which I should have to add to the book soon), and I recorded the rooftop, Maida Vale, and Hyde Park broadcasts myself. All we need is the Smukfest show and the entire tour will be available.

Bugman, Oily Water, and Colin Zeal were all thrown in a handful of times (but not at every show) throughout the tour.

As far as the performances themselves, my personal opinion is that they played very tightly and powerfully and seemed to be much more comfortable and at ease with each other onstage, perhaps more so than they had since 1997. While I think the 2009 shows had a bit more fire (for instance, they're never going to top Glastonbury 2009 in any of their latter-day shows...at least, they haven't yet!), the confidence and swagger onstage was more noticeable this go around. In 2009, they seemed to be still getting a bit comfortable again with each other after the long layoff (6 years performing as a band, 9 years as a 4-piece). In 2012, they had that under their belts and were a bit more adventurous with the set list, digging back a bit for deeper album cuts and B-sides. While I would have liked to have seen some old, tired chestnuts retired (Parklife, Sunday Sunday, Jubilee) and perhaps some more rarer cuts, overall I can't fault much at all with the sets or their performances.

Whether this is the end of Blur or not remains to be seen. And honestly, as a second tour with no new album, I hope they don't come back again unless they're promoting a new album or at least an EP; I think the damage to the legacy, which they've completely avoided thus far, would be fairly significant were they to do a 3rd  round of shows playing only the old material. But if this is indeed the end (or at least a very long goodbye), they couldn't have gone out any more on top.


(And as always, if you've got tapes of any of the shows listed above, or any Blur tapes, email me privately and we'll work something out so I can add them to the forthcoming book. Thanks!)

I was going through my files the other night and found an old cassette I'd digistised ages ago. Included are all of the Parklife demos (including ones not on the Blur 21 box set), as well as rare demos tacked on to the end of Never Clever and Seven Days.  Hope you enjoy!

Currently my favorite photo of the band. 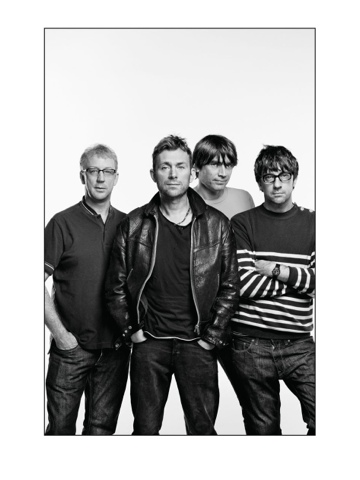 Maybe a little of a different type of post, this one, but the first edition of Black Book continues to sell well month after month, and I thank and appreciate everyone who has bought it, and if you have it, I hope you've enjoyed it. Even with the second edition coming out soon, I feel like the first one is different enough and of its time enough (written during the 2000s and finished the year of Blur's return in 2009) to make it a valuable and worthwhile book in its own right.

The new one will be greatly expanded, updated, and changed around a little bit, and has some new sections in it, and of course will be finished in the wake of this summer's triumphs for Blur.

I make hardly any money off of the books...really, just enough to (barely) cover my costs, and that's fine; I am not in it for the money (if I was, I'd be in the wrong business!). It's just a labor of love for me to give back something to Blur for all of the meaning and enjoyment their music has given me for half of my life (and counting), and to give something to share with fellow fans who can identify in the same way with the band.

Until recently, for whatever reason, when anyone would comment on a post, it wouldn't send me an email notifying me (even though I'd set it to do so). It only started working randomly about a month ago.

To my horror, I noticed that there are LOADS of old posts with a lot of comments and interesting discussions that I've missed out on! I'm going to go back and try to catch up, but in the meantime, if I didn't answer/reply, I wasn't being rude!

Thanks for understanding!
Posted by Drew at 8:27 PM No comments:

Fresh from my harddrive to your eardrums...enjoy!

Today is the day of Blur's headlining slot closing out the Olympics closing ceremony concert in Hyde Park. For those who can't be there, it'll be streamed live on Absolute Radio. Blur are set to hit the stage at 9:05pm BST (here in the USA that's 4:05pm EST).

I'm ready to record the stream…afterward, I'll clean it up and post it to share on here so we can all listen to it.

Here is Blur's final show of 1995 (and their third at Wembley in December 1995). The sound is pristine, and while the band sounds tired at times, this is still one of my favorite shows...a great one to listen to. This complete soundboard version is very rare, so I hope you all like it. Enjoy!

UPDATE: I've reuploaded it due to many requests and the fact that the original MegaUpload link is dead (as is MegaUpload!)

I'm planning on recording this. Be patient, it'll be tomorrow morning sometime before it'll be ready for you all but I know you can wait (or can you?).

UPDATE: Turns out they didn't stream it...it was filmed for a "possible documentary."  Wonder what that's all about...?
Posted by Drew at 12:33 PM 10 comments:

http://www.bbc.co.uk/programmes/p00wrxkd
Posted by Drew at 8:11 AM No comments: