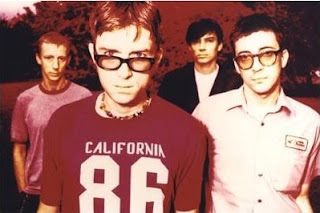 1997 was a massive touring year for Blur, where they toured non-stop from January to December and traveled literally all over the world, including their first (and to date, only) tours of Australia and Southeast Asia. Starting just 12 days after the end of the spring US tour and ending only 10 days before their spring Japanese tour, they sandwiched in this European tour. The tour dates are below, with the available recordings in bold font.

Beetlebum
Movin' On
Jubilee
Stereotypes
Country Sad Ballad Man
M.O.R.
To The End
She's So High
Oily Water
Popscene
Chinese Bombs
Advert
Bank Holiday
Death Of A Party
Girls & Boys
This Is A Low
Song 2
On Your Own
Look Inside America
Parklife
The Universal
Sing

There were slight variations, with Inertia replacing Oily Water during the early part of the tour, and Coping being played earlier in the tour as well. Also, some shuffling of the song order occurred, such as Jubilee being played second a few times, Girls and Boys alternating between the beginning and end of the shows, and other minor variations. The set is a nice cross section of Blur's material up to this point, with only Stereotypes and The Universal surviving from The Great Escape. Most of the songs from Blur were played, although I'm Just a Killer For Your Love was absent and would surface in the set during the summer US tour. This tour shows the band really hitting their stride, although the shows tend to be more "professional" and less manic...the shows are really nice. And they even managed to squeeze in a Peel Acres session at the end of April back in England!

As I mentioned, the bold font shows have known available recordings. I have all of them except for the ones I am currently seeking, which are the Hamburg, Berlin, and Cesena shows. If you have these or any others, please contact me privately.

There are gaps in this tour, especially during mid-April and May, so it would be great to find some to fill in the gaps! Especially some shows from this tour in France and Spain!
Posted by Drew at 8:36 AM